Royal International Air Tattoo is the world's largest military air show, held annually over the third weekend in July, usually at RAF Fairford in Gloucestershire, England in support of The Royal Air Force Charitable Trust. The show typically attracts a total of 150,000 to 160,000 spectators over the weekend.

Organizer Venue
+ Add me as user

User Community [ Users who have shown interest for this Event ]

3
21 Jul 2019
Andrew wardVisitor Flying spotting at A W buildersSouthampton, UK
I have been before years ago it was better then I was disappointed in not much USA update jets f35 was nice to see but it went around Twice then gone it could had been better no B2 no F22 no B1 no F15 lot of cancellations shame 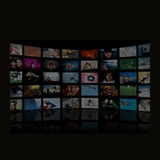 COVID-19 Alert  We advise visitors to check event status with organizers before visiting.
Followevent to get the latest updates.