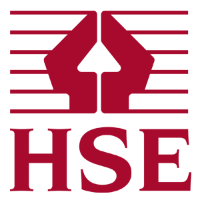 The Health and Safety Executive (HSE) is a leading and prestigious organization of the United Kingdom with its headquarters in Liverpool, England. The HSE was created by the Health and Safety at Work etc. Act 1974, and has since absorbed earlier regulatory bodies such as the Factory Inspectorate and the Railway Inspectorate though the Railway Inspectorate was transferred to the Office of Rail Regulation in April 2006. The HSE is sponsored by the Department for Work and Pensions. As part of its work HSE investigates industrial accidents, small and large, including major incidents such as the explosion and fire at Buncefield in 2005.