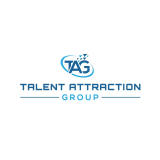 "Learn how to build robotics projects in one day!"
We will cover many more advanced topics including menus using an I2C screen and push buttons to control them. We also include an ultrasonic detector as well as handling actuators like motors, components including MOSFETs and addressable LED's (that integrates as alarm and sensor status indicators for the final wireless alarm). Who should attend: The Arduino advanced course is for ages 13 to 70+. You should have at least have attended our beginners course or used the basics of Arduino programming before.

Invite your friends, colleagues, customers and clients to this event

Never miss out on good events