A native of Newark, whose family has lived in the City for more than 70 years, Mayor Baraka’s progressive approach to governing has changed Newark’s narrative from a “troubled city” to a “city of opportunity” with more than four billion dollars of development underway. An educator by profession, in his first term, Mayor Baraka succeeded in returning control of local schools to the people of Newark after more than two decades under state rule. Mayor Baraka created a unique office of .. continue reading sustainability aimed at making Newark a healthier and greener city and an exemplar of environmental justice. Mayor Baraka was educated in the Newark Public Schools. His father, the late Amiri Baraka, was a legendary poet and playwright. His mother, Amina Baraka, is herself a renowned poet. The father of three daughters, Mayor Baraka is a published poet and well-regarded in the entertainment industry for his appearance on the Grammy-award winning album, “The Miseducation of Lauryn Hill” in his authentic role as an educator.

Organizer Venue
+ Add me as user

User Community [ Users who have shown interest for this Event ]

IT Head at telecome Egypt 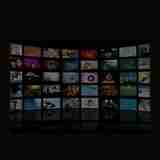 COVID-19 Alert  We advise visitors to check event status with organizers before visiting.
Followevent to get the latest updates.

All Events in Atlanta

You have no contacts. Please add contacts from below or share on social media

×
Send to all
No Results